There will be a complete waiver of the arrears where they are of Rs 10,000 or less per year.

The Maharashtra Settlement of Arrears of Tax, interest, penalty or late fee scheme 2022 scheme will be implemented from April 1 till September 30, 2022.

As per the gazette notification, there will be a complete waiver of the arrears where they are of Rs 10,000 or less per year. As a result, small dealers will be benefited in almost 1 lakh cases.

Dealers having arrears up to Rs 10 lakh or less will pay an online lump sum of 20% amount. The waiver will be granted for the remaining amount.

Traders with arrears of Rs 10 lakh or less as of April 1, 2022, have been given the option to pay 20 per cent of the total arrears without any calculation of non-disputed tax, disputed tax, penalty.

If such a lump sum of 20 percent is paid, the remaining 80 per cent will be waived. It will benefit small traders in about 2.20 lakh cases.

However, the traders, who are not eligible to pay a lump sum or who do not choose this option, will not be given any tax deduction in the proposed scheme for settlement of arrears.

To avail of the scheme, taxpayers will have to pay the requisite amount within the stipulated date.

For dealers having arrears beyond Rs 50 lakh, there’s an option to pay the amount in instalments.

The total instalment discount is divided into 4 parts. The first instalment of 25 per cent is required to be paid by September 30, 2022, and the remaining 3 instalments will have to be paid in the next 9 months.

If the payment is less than the required amount, the trader will be given a proportional benefit. 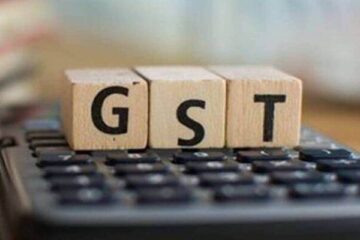 Facebook LinkedIn Twitter The Honourable Supreme Court has ruled that non-delivery of goods within the validity period of e-way bill and non-extension of e-way bill will not necessarily amount to evasion of tax, especially when Read more…