The Honourable Supreme Court has ruled that non-delivery of goods within the validity period of e-way bill and non-extension of e-way bill will not necessarily amount to evasion of tax, especially when the delay is caused due to external factors.

Facts of the Case:
This incident dates back to the days when CAA-NRC protest were rampant across states in India. Paper distributors M/s/ Satyam Shivam Papers Pvt. Ltd. generated an e-way bill dated Saturday, 4/1/2020 to make an intra-state supply. The transporter departed from the distributor’s for the place of supply on the next working day, Monday, 6/1/2020, but got stuck in heavy traffic caused due to political rallies opposing CAA and NRC.

The transporter was forced to turn his vehicle to his residence. He moved towards the place of delivery the next day but was detained by a Deputy State Tax Officer, who served a detention notice and imposed tax and penalty stating the following:

The matter was taken to the Telangana High Court, which eventually imposed a fine of Rs. 10,000 on the Revenue Department.

The Apex Court inferred that the respondent had no intention of evading tax and the delay in delivery was rightfully caused due to heavy traffic, a circumstance that is beyond an individual’s control. Also, it was found that the Offer had kept the goods at his relative’s place after detaining them. This raised further suspicion on the part of the Deputy Sales Tax Officer.

Ultimately, the Court decided that the concerned Officer pay Rs. 59,000 over and above the fine of Rs. 10,000 to the respondent for the harassment caused and the unnecessary litigation. 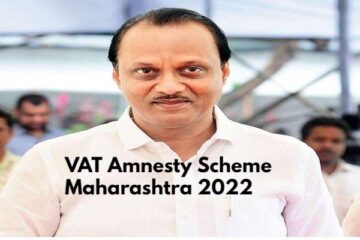 Facebook LinkedIn Twitter Maharashtra Govt releases gazette notification on Amnesty Scheme for pending sales tax dues before the GST launch There will be a complete waiver of the arrears where they are of Rs 10,000 Read more…